Is Fungus Hack a Scam? – What You Should Know 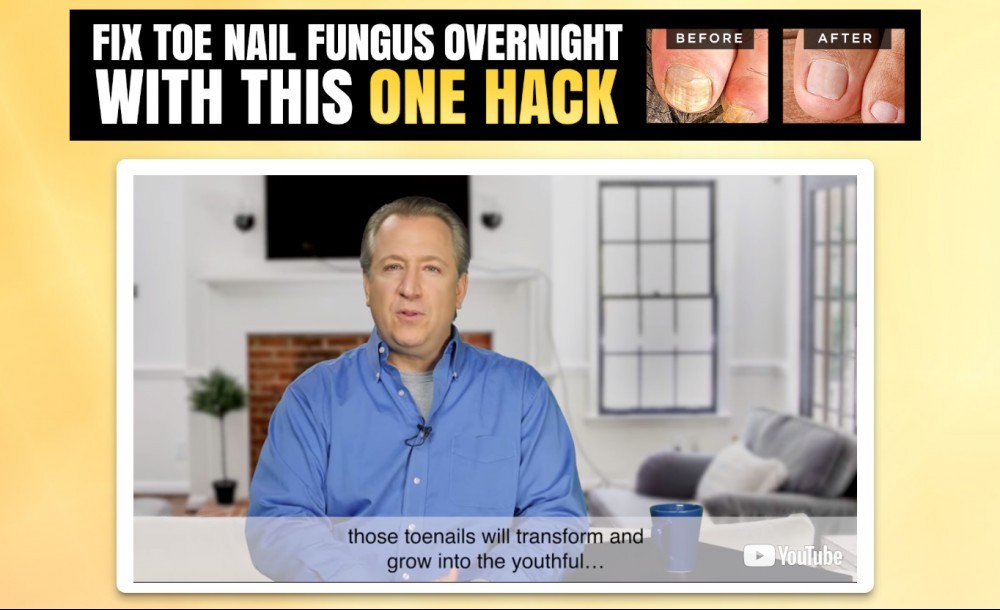 Fungus Hack claims to be pretty much a cure all for toenail fungus. But is this product really as amazing as people say it is? Will it really be able to stop toenail fungus in its tracks and heal your toenails back to their youthful condition within less than a week? Or is Fungus Hacks a scam that doesn’t work and is just going to be a waste of your money?

I have been seeing a lot of promotions for this product online so I finally decided to check it out and give an honest review of it. I know there are a lot of people questioning whether or not it is a scam because it seems too good to be true. I am right there with these people… I am also somewhat skeptical that this product actually works as good as they say.

Since you are reading my review here I am guessing that you are probably also suspicious of how good this product actually is. You probably watched the video presentation that is pictured above and are thinking that things sounds too good to be true.

The guy in the video presentation is 61-year-old Brett Johnson. He claims to be a survivor of a nasty case of toe fungus which nearly cost him his leg and liver. The fungus got so bad that it infected his home and even his wife’s face. He claims that he tried everything to get rid of it and even ended up taking doctor prescribed anti-fungus pills that took quite a toll on his body and sent him into the hospital. It was in the hospital that he found out that these pills caused him liver damage and that they could have potentially killed him.

Brett puts on quite a show. I’m not sure I believe everything that he says, but I will take him at his word because I have no proof otherwise.

What Exactly Is Fungus Hack?

Fungus Hacks is a product created by Nutrition Hacks that is designed to cure toe fungus.

Some of the said benefits to using Fungus Hack over other fungus treatments out there include the fact that it is made of completely natural ingredients, can potentially work within a few days, won’t damage your kidney or liver like some harsh medications can, requires no trips to the doctor, no pain, no prescriptions, no medical procedures, and is cheaper than some other popular medications on the market.

They also tell you that it will benefit your health in other ways besides just eliminating toe fungus. It supposedly is full of natural antibiotics that will boost your immune system, accelerate healing, improve digestion and more.

This supplement is to be taken orally twice per day. It is very easy to take and anyone should be able to do it with a simple glass of water. This is nice to see because cream treatments and other topical remedies can be a problem since you actually have to rub the medication directly onto the infected skin.

They tell you that it works in three simple steps…

The way they tell you that it works is very vague. They just tell you that it targets the infection, breaks down the fungus, and attacks it at its root. However, they do not tell you how exactly it does this. So this leaves me wondering.

At one point in the video presentation Brett tells you that the source of toenail fungus is actually a parasite, called a dermatophyte, and that Fungus Hack the taxing destroys this parasite, but again… There is just not much of an explanation at all here.

Unfortunately I cannot find any information on the actual ingredients inside. I have read and numerous other reviews and have came up short on every one. It seems that most of the reviews out there are just trying to promote the product and make money instead of giving an honest opinion of it.

Not even on the bottles of Fungus Hack does it say the ingredients that are inside it. Instead it says that the bottle contains a “proprietary blend” of natural ingredients. So there is literally no way of finding out what the heck is in these bottles other than taking them to a lab to be tested, or possibly getting your hand on some inside information from the company making them. 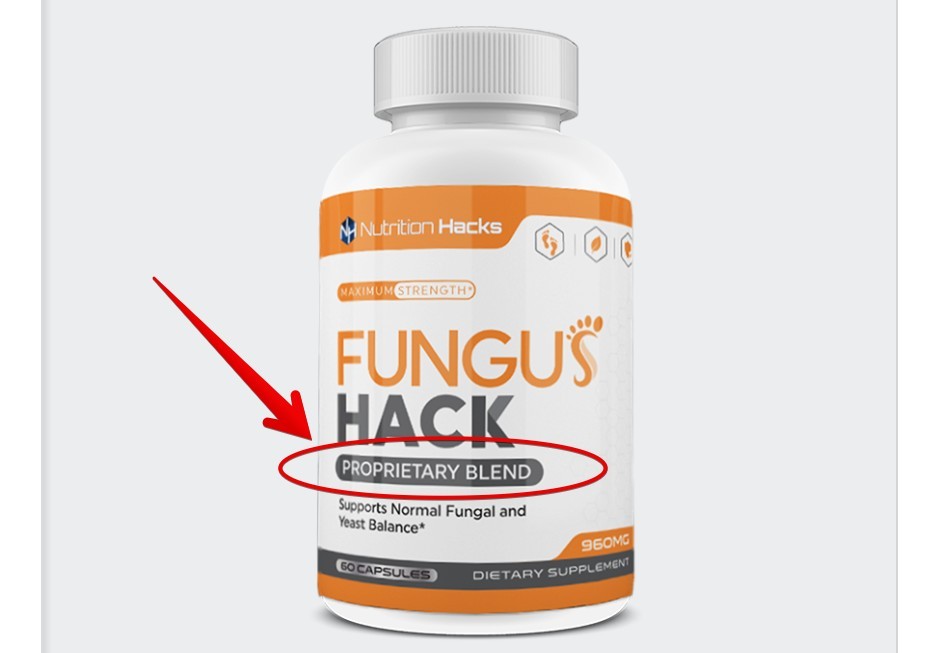 Now I am not saying that this is necessarily something bad. There are many times when companies market legitimate products and list their ingredients as proprietary blends instead of actually listing each individual ingredient. The case could be that Nutrition Hacks just does not want competitors to find out their secret ingredient blend and then copy them. But who knows… Your guess is as good as mine.

They tell you that it is 100% natural and therefore it has no side effects. However, just because something is natural does not mean that it won’t have any side effects. This is a common misconception. There are many natural ingredients that can be harmful.

Apparently the ingredients that this product contains are what your body naturally uses to fight against fungus. So from what I understand it basically gives your body an increased supply of fungus fighting ammunition.

Is It Worth The Price?

However I am still very skeptical. They tell you that this product can work in just a few days so what would be the point of ordering more than one bottle? They tell you that it eliminates toe fungus and since one bottle will last a month then this should be plenty… Shouldn’t it be?

I am definitely not going to call this a scam, but I am still hesitant to believe everything that is said. There are many more questions that need to be answered about this product which I have been unable to find answers to and there is much information that just doesn’t seem to add up.

It would be different if this product were sold in stores and could be easily returned if it did not work, but it isn’t. It is only sold online and they do offer a 180 day money back guarantee if it doesn’t work, but you know how these “guarantees” tend to go.

I’m not a big fan of this supplement and I there is no doubt that the claims are over-exaggerated, but if you do want to purchase Fungus Hack you can do so on the official website here.

If you have tried out this product and have your own review I would appreciate it, and I’m sure other readers what to do, if you left it below in the comment section. Also leave any comments, questions, or concerns and I’ll get back to you as soon as I can :-).