Tag Archives for " is Fungus Shield Plus legit "

Is Fungus Shield Plus a Scam? – What You Should Know 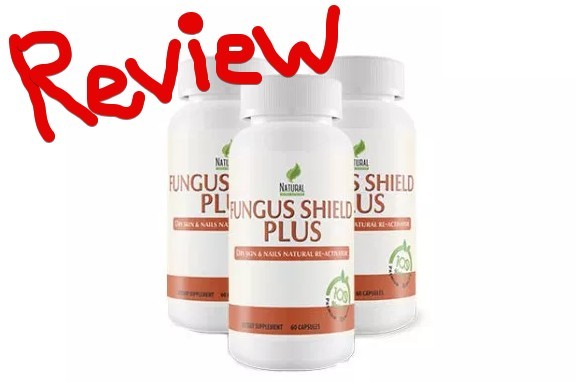 Fungus Shield Plus claims to be one heck of an amazing supplement when it comes to getting rid of fungal infections, such as toe fungus and fingernail fungus. It is even claims to be able to get rid of your fungus in just a single day. Sounds insane right? Can you really believe statements like this? Is this the real deal or is Fungus Shield Plus a scam that is just going to be a waste of your money?

These are all serious questions that need to be answered before you end up potentially wasting your money on a crap supplement that isn’t going to work. In this review I will be going over the man behind it all (Richard Parker), the ingredients contained, side effects, what customers are saying, and more.

Also is worth noting that I am not promoting this supplement so this review is not going to just be me trying to get you to buy it. I’m going to give you my honest opinion of things.

First off let me say this, this supplement will not cure your fungal infection in one day, nor will any other. This is just one of the many absolutely ridiculous claims made about this supplement. The promotional material that is used in the marketing campaigns for Fungus Shield Plus is very overinflated and much of it misleading and/or a lie. It kind-of reminds me of Fungus Hack in this way.

The only way you’re going to cure fungal infection in a day is through amputation, which no one wants.

Who Is This Richard Parker Guy?

The guy who supposedly came up with the formula for Fungus Shield Plus is a graduate of the College of medicine at the University of Florida. He goes by the name of Richard Parker and he claims that big pharmaceutical companies are out to put an end to him because of how he is disrupting their business.

But there’s a lot of uncertainty revolving around his name. Who knows if this guys real or not. The uncertainty comes from the proof that the image shown in the ridiculous sales pitch is not him. Below is the image you are shown of “Richard Parker”… 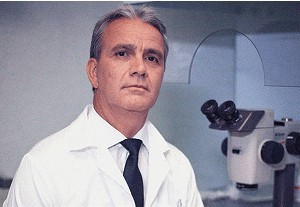 It looks like a good image and all… A man in a white lab coat with a microscope in the background. This looks like a serious scientist. The problem is that this same exact image was used in the promotional material for another antifungal supplement called Fungus Remover and they are this guys name was Grant Anderson. So obviously the picture is a fake. It’s likely a stock photo that anyone can buy to use online as they wish.

designed to reduce pain, improve immune system so that it can better fight the fungal infections of toe fungus, and also can improve your overall health

The ingredients inside each pill are as follows…

What you may notice is that all of the ingredients are natural, which I think is a plus. You can look them all up if you really want to, but I assure you they are natural. Even the ARA-6 ingredient, which you probably have never heard of, is a completely natural probiotic powder derived from the Western Larch tree.

Does Fungus Shield Plus Really Work?

One of the problems I have with this supplement is that there is not really any good proof that it works. Sure, there are people that have supposedly used this product in had good results from it, but where is the clinical research? There isn’t any as far as I know.

I would like to see some cold hard scientific proof that this supplement leads to the speedy recovery from fungal infections, but is lacking in this area. Of course this does not mean that it does not work, but it is something to keep in mind.

Are There Side Effects?

There it is always the possibility that you could have some bad side effects, but that goes with anything. As far as I see them based on my research you really shouldn’t have to worry about negative reactions to the supplement. There are many ingredients included but they are all in low doses that are within suggested ranges.

As with any ingredient, there are going to be people who have side effects but this is nothing that should scare you away.

Take Cat’s Claw for example. This is an ingredient you have likely never heard of and may be concerned with. On DRAXE they state that very “few side effects have been reported” but of course there are some people who have reportedly experienced dizziness, naseau, and diarhea.

Pine black is another ingredient that might concern you but it is nothing to worry about. You likely won’t get any side effects from such a low dosage and if you do they will likely be mild and transient, as described on LiveStrong.com.

Selenium is an ingredient that can have some pretty nasty side effects if you take too much, but this product only includes 20mcg which is enough for a 4-6 year old child to handle according to MayoClinic.

Every ingredient on the list can be consumed safely as long as you don’t consume too much, which Fungus Shield Plus obviously took into consideration.

What Customers Are Saying

One thing that I always like to do when reviewing a product like this is look at what other people are saying. It’s always good to do your own research but you should also consider others’ opinions. A few things that I found on the Internet that I think are worth noting include…

Results In Little Over a Week

I have several reviews from people who have claimed to use this supplement and saw positive results in a little over a week. The reviews from these people seems to be realistic, however I found it strange that I found multiple people claiming that they started to see results in 10 days. This might be nothing but I think it strange that there’s more than one person giving the number of 10 days.

There is always the thought in the back of my mind that the reviews might be fake and this is just one thing that caught my eye.

The positive results that people claim to be seeing consist of new healthy toenail/fingernail growth along with reduction of existing fungus.

There are also a fair number of people claiming that this product is not work at all and is a scam. One person said to have used it as recommended for over six months and saw absolutely no results.

Again, bad side effects are not something I would be worried about with this product, but I do want to bring to your attention that there do seem to be a few people that have had better reactions to it. One person claims to have had a hive-like skin condition that broke out shortly after beginning to use the supplement and then went away after discontinuing use.

Final Thoughts – Scam or Not?

Is Fungus Shield Plus a scam? The answer to this question depends on what your definition of a scam is. At least some of the ingredients included in this supplement are proven to improve immune system health which would have a positive effect on your body’s ability to fight off fungal infections. So, yes this supplement should work to some extent. HOWEVER… There is no way is going to work as well as you are led to believe. These natural ingredients are good and they do have benefits, but they are not miracle workers.

If you consider misleading consumers into buying a product that doesn’t work as well as it is claimed to, then yes I would say this is a scam. But if your definition of a scam is something that does not work, then I would not consider this a scam because I do think it will work at least to some extent, although it may be minimal and unnoticeable.

Personally I would avoid products like this. The people behind this mislead consumers, lie about the “Richard Parker” character who supposedly created it, and have not provided clinical evidence that it works. But if you want but I think there are better solutions out there.

Anyway… I hope you enjoyed this honest review of mine. Please leave any comments, questions, or concerns below and I’ll get back to you as soon as I can 🙂 Also, if you have your own review of this product than I would appreciate it if you left that down below in the comment section as well. I’m sure other readers could benefit from it.