Is the Medicine Man Hearing Remedy by Ben Carter a scam?

The Medicine Man Hearing Remedy is supposedly some natural cure for hearing loss that was developed from an old Navajo recipe. It is claimed to be able to permanently restore hearing loss in as little as two weeks, which sounds quite ridiculous, but this is what you are told.

So is this the real deal or is this all a scam? I am guessing you are probably suspicious of what you are told based on how you are reading my review right now. The truth is that this is not the miracle worker that it is said to be. While there could potentially be some hearing benefits to this old remedy, it certainly is not going to cure every single form of hearing loss within just a couple weeks… or ever for that matter.

In this review I will be exposing Medicine Man Hearing Remedy for what it really is… Which is nothing special. If you are possibly thinking about buying into this because you, or someone you know, suffers from hearing loss, then you are definitely going to want to read this over and think again.

The man behind it all is name to Ben Carter, and he claims to be a semi retired aerospace engineer who went on a mission to find a natural cure to hearing loss after his wife Sarah got hit by a car (survived) due to hearing loss in not being able to hear it coming.

The story goes that Ben’s grandfather cured his hearing loss back in the early 1900s with a Navajo remedy that his grandmother got from a medicine man. And according to Ben this is a breakthrough in hearing loss that you won’t find anywhere else. You won’t hear from the doctors, from the pharmaceutical industry, or anyone. It is a all natural treatment that has been used for centuries and has supposedly helped over 33,477 people cure their hearing loss.

This is what you are told… But this is more than likely mostly a lie, or at the very least extremely misleading. Some of the red flags that I came across while doing my research, which you should be aware of, include the following…

Obviously the whole background story just sounds too good to be true. Of course there was a near-death situation which led to Ben’s quest to find a natural cure what she found from an ancient Navajo remedy. I suppose this background story could be true, but it sounds a little too much like a fairytale to me. A definite red flag.

Right on cue, you are told that the medical industry knows about this secret cure but they are doing everything in their power to keep it from getting released to the general public. Why? Well… Because of course they want to keep selling their hearing loss devices, performing surgery, etc. so that they can make money. This is something I’ve heard from many scammy products… some that come to mind include Regrow Hair Protocol and Memory Repair Protocol. 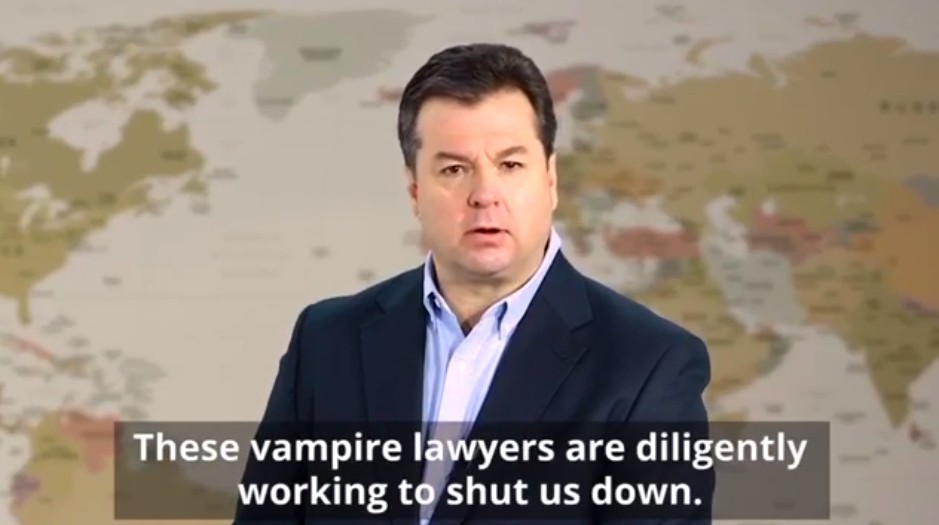 While it may be true to some extent that the pharmaceutical industry is greedy, they do a lot of groundbreaking research and genuinely good things. It is an all bad as they try to lead you to believe. And this is coming from someone who is a huge advocate of natural treatments/remedies.

Okay… So this entire remedy is based around this Ben Carter guy. But who is Ben Carter? Well… I have no idea. There is no sort of information given that I am able to verify with my own research. He very well could be a paid actor with a fake name. I have seen this many times before with other health related scams I have reviewed.

What you are told is that there are these “hair cells” that line the cochlea of the ear. These are mechanical receptors that turn soundwave vibrations into electrical signals, which then travel to the brain and allow you to hear. Believe it or not… What he tells you about the hair cells and all of this stuff is true. Loss of hair cells, or damage to hair cells, is a major cause of hearing loss and this is something that more and more research is coming out on.

So this is true… And it is also true that there is much more research that needs to be done before any treatment for the regeneration of hair cells becomes public. What Ben tells you is that this could take 20 years and that there are already natural ingredients out there that can help heal and strengthen what hair cells you still have, which will bring you back to normal hearing.

While much of what he says is true, there is no proof that these natural ingredients he is promoting will restore hearing function… And certainly not any proof this will happen in a short period of time as you are told.

Throughout the video presentation there are no citations given to the research he talks about and I was not able to find any proof on my own.

This is obviously another major red flag because anyone can say anything they want to, but without any proof who knows whether what they are saying is true or not.

What Is In The Ebook?

If you don’t already know, the Medicine Man Hearing Remedy is an e-book that is over 100 pages in length. The different section of this book include information as follows…

Basically what you are getting here is a ton of information, much of which you will probably skim over without really reading, and nothing all that great. Much of the information given is very general and could easily be found for free online.

The whole point of this remedy is the diet plan that you can supposedly hop onto cure your hearing loss, but this is also general and certainly not some “secret” as he leads you to believe it is.

The Ingredients of This Secret Recipe

This entire remedy is based around some ancient Navajo secret recipe for curing hearing loss. So what are the ingredients that are in the secret recipe? Well… No one really knows. There is no information on this and apparently even in the e-book you are not given this secret Navajo recipe.

There is information in the e-book about the Navajo way of healing but these secret ingredients are never revealed. It is just more general nutrition advice.

There likely it is no secret Navajo hearing loss remedy as you are told. This is likely just part of the deceptive sales pitch that is put on by this “Ben Carter” character. In fact, I was actually reading reviews of this e-book online and one person, who claims to be a Navajo themselves, says that they have never heard of any of this.

While there is some good information provided in the book, and you could potentially see some hearing improvement from the “remedy”, this is certainly a big disappointment. The Medicine Man Hearing Remedy it is not the miracle worker that is said to be.

Will you see any improvement from this? I suppose it is possible in some cases, but definitely do not get your hopes up in definitely do not expect it to be a cure for every single form of hearing loss that works within two weeks.

Obviously I am not going to recommend anyone buy into this, but you are more than welcome to if you choose. I am not a fan of the incredibly misleading and very scammy marketing tactics used here. Who knows what is actually true and what is false. One thing is for sure, much of what you are told is false and very little is true.

But anyways… I hope you enjoyed my review and found it helpful. Please share this post to help spread the truth and save others from this nasty little scam. Also, leave any questions or comments down below and I’ll get back to you as soon as I can 🙂

If you have tried this secret remedy for yourself then I would also really appreciate it if you left your review down below. Hearing from someone who has actually tried something is always good,